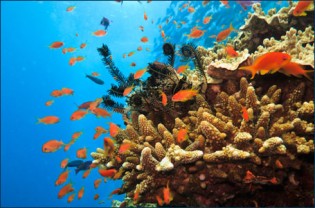 During the process of preparing of a Flora and Fauna Assessment and Site Environmental Management Plan (SEMP) for a subdivision in Langwarrin, it was recognised that a number of species listed under the Environment Protection Biodiversity and Conservation (EPBC) Act 1999 could potentially use the site as habitat or be affected by the works proposed. Of particular concern was potential impacts on the Dwarf Galaxia Galaxiella pusilla that occurs in the adjacent Boggy Creek.

To ensure that a timely and efficient referral process ensued, Practical Ecology prepared a concise, yet comprehensive EPBC referral on which the assessment process could be based. It included details of the mitigation measure to be implemented as part of the development that aimed to avoid and minimise impacts on ecological values. The provision of such a detailed referral ensured that the project was not deemed to be a in the referral, were undertaken during the course of the development.